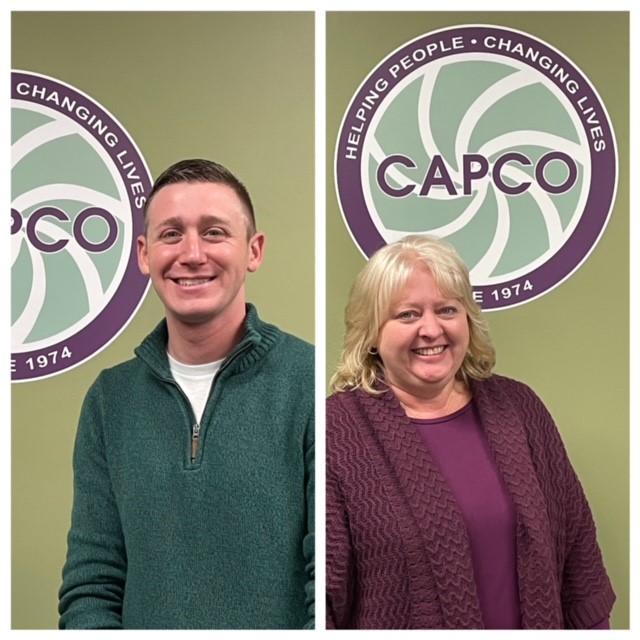 CAPCO is pleased to announce that Greg Richards has been named as CAPCO’s Executive Director following the retirement of Lindy Glennon at the end of 2021. Greg joined CAPCO in 2014 as the Human Resources Director. In that role, Greg has been responsible for numerous systems and activities. These include working closely with Fiscal in implementing on-line timecards, setting up all CAPCO’s current employee systems, transitioning the agency into all of the ACA requirements, overseeing the growth of the HR department, employee benefits including health and retirement, guiding the HR pieces of the response to COVID-19 and many more. Greg transitioned to the Deputy Director in early 2021. In this role, Greg continued to oversee and guide all the HR functions of the Agency. Greg led the operational functions of the Agency, including CAPCO’s safety and wellness efforts and oversight of Agency and Program planning, reporting, assessment, and evaluation. Greg graduated from Le Moyne College in 2014 with a degree in Management and Leadership with a concentration in Human Resource Management and a minor in Accounting. Greg’s prior experience before joining CAPCO in 2014 is in the non-profit industry with his first job experience running Cortland’s Summer Feeding Program for Catholic Charities.

The Cortland Voice highlighted Greg and his transition to the Executive Director for CAPCO in a recent publication. Please check it out here: https://cortlandvoice.com/2022/01/07/new-executive-director-in-full-swing-at-capco/

CAPCO is excited to announce Kirsten Parker as CAPCO’s new Deputy Director. Kirsten has served as the Director of the Women, Infants, and Children (WIC) Program for the past 35 years and is CAPCO’s longest tenured employee and Executive Management Team member. Kirsten joined CAPCO on January 12, 1987 as a Nutrition Assistant, and by November of 1987, Kirsten was promoted to be the Director of CAPCO’s WIC Program for Cortland County. Having led the WIC Program for the past 35 years, Kirsten has extensive experience with and knowledge of health and nutrition, particularly as it pertains early childhood development, prenatal health, and breastfeeding support. Under Kirsten’s leadership, the WIC Program sees approximately 1,100 participants per month. Kirsten has long had the respect and admiration from her colleagues, the broader community, and her direct staff with unprecedented minimal turnover in the department over the past 35 years. Kirsten’s reach extends beyond the WIC Program having been CAPCO’s first Family Development Director from 2008 to 2015, a dual role that she held while also running the WIC Program. Kirsten’s initial efforts with the Family Development Program helped establish the Program as one of CAPCO’s largest and most diverse Program-areas in the Agency. Kirsten has strong roots in the Marathon community as a resident and former Marathon School District Board member for 2 separate terms from 2008 to 2010 and again from 2014 to 2018.  Kirsten’s extensive experience and pure dedication and passion for the work that CAPCO does in our community makes Kirsten the perfect fit for the Deputy Director role. Greg and Kirsten have worked hand-and-hand over the past 7 years on the Agency’s Executive Management Team, and they look forward to the next chapter of serving individuals, children, and families in our community.