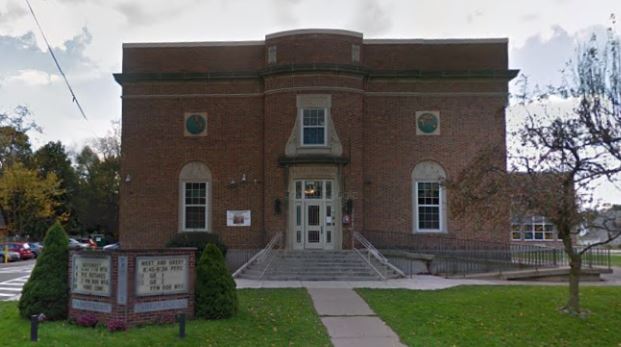 In 2019, CAPCO was honored to be invited by the City of Cortland to explore a footprint in the former Parker Elementary School building as it was being re-imagined as an Early Learning Community Center.

While the collective partners arrived at the disappointing news below, we are committed to continuing to work with our community partners to provide early learning opportunities in our community as Cortland’s federally-designated Community Action Agency and provider of Head Start and Early Head Start programming.

The City of Cortland and the two lead agencies for the Parker School Project for childcare and early development activities, CAPCO and the YWCA, announced today that the Project will no longer be pursued. Underscoring their continued support for childcare, the group stated that, despite a laudable vision, the escalating future costs associated with renovating the Parker School for these purposes rendered the building financially impracticable and a questionable investment of taxpayers’ dollars.

“It is the building, not the vision, that is at issue here,” stressed Mayor Scott Steve. “I as well as the Council are, and will continue to be, strong advocates for promoting and fostering accessible childcare opportunities. We stand committed to exploring all options for our families who are the lifeblood of our community.”

“Unfortunately, the COVID-19 pandemic introduced new and immense stresses not only for this project but also generally for agencies such as the YWCA and CAPCO”, YWCA Executive Director Kelly Tobin explained. “ Inflationary pressures, more people choosing to work from home, parents making different childcare decisions, and the struggle to maintain adequate childcare staffing all contributed to creating an insurmountable challenge for us in maintaining our involvement in the Parker School Project.”

According to a recent report, “Rebuilding Our Future” published in August 2022 by the Children’s Agenda, 38% fewer children ages 0-4 years old receive care statewide and 147,038 fewer families with children ages 0-12 use childcare. This report recommends several steps New York State should take to strengthen the childcare sector including establishing a permanent stabilization program.

“Despite the volatility of the past 2 years, there is still a significant need for affordable childcare,” states Greg Richards, CAPCO Executive Director. “The state’s temporary pandemic relief was helpful for the immediate and short-term needs but this community, like many others in Central New York, are looking to the State for more sustainable, longer-term solutions.”

The City of Cortland Mayor and Common Council, YWCA, and CAPCO extend their deep gratitude to all community members who devoted time and resources to the Parker School Project including, but not limited to, the Parker Planning Committee, the Chamber of Commerce, Cortland City School District, and Cortland County.